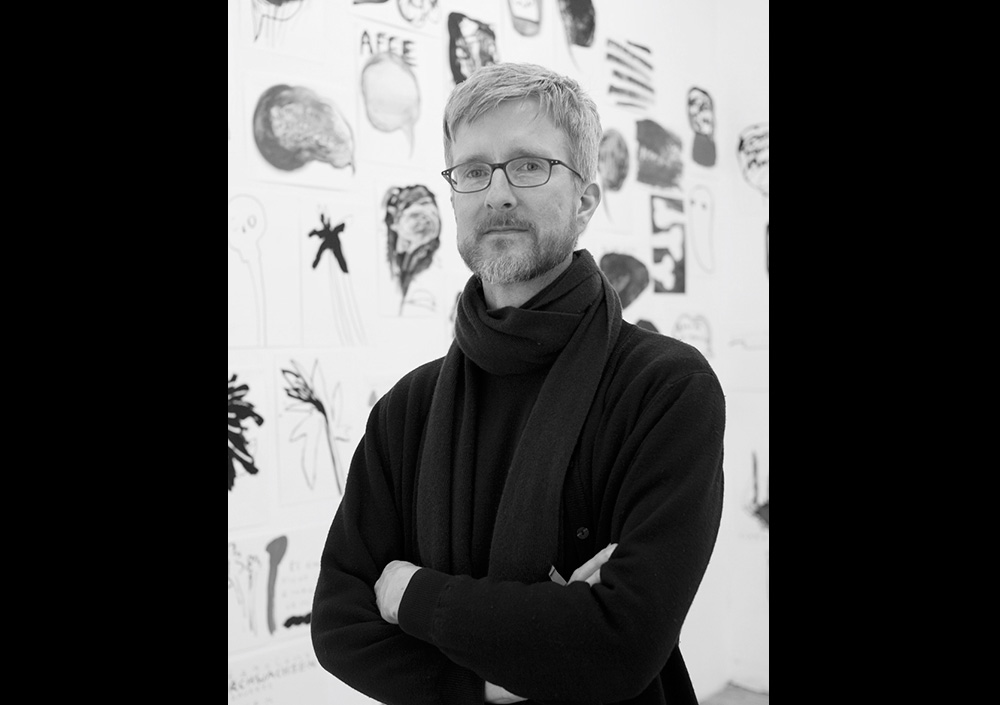 A certain rigour — Lars Rosenbohm´s drawings are made in a prompt and spontaneous manner. Fragments of texts or notions taken from, for example, songs, newspapers and conversations alternate with more or less recognizable motives. Rosenbohm hints at and calls forth memories. He is interested in the doubts and the failures of life, pursues the question of meaning, to which his images can be regarded an attempted response.
(Peter Wagner in „The book as magazine“, Issue Nr. 2, October 2013, Malus Verlag Munich)